MARKET TAVERN, THE BRAINCHILD OF GARY TWINN, A RENOWNED MUSICIAN AND MANAGER OF E.B.'S. BEER & WINE AND BAR 326, IS A CONTEMPORARY BRITISH-CALIFORNIAN PUB AND RESTAURANT IN THE HEART OF L.A'S VIBRANT FAIRFAX DISTRICT. 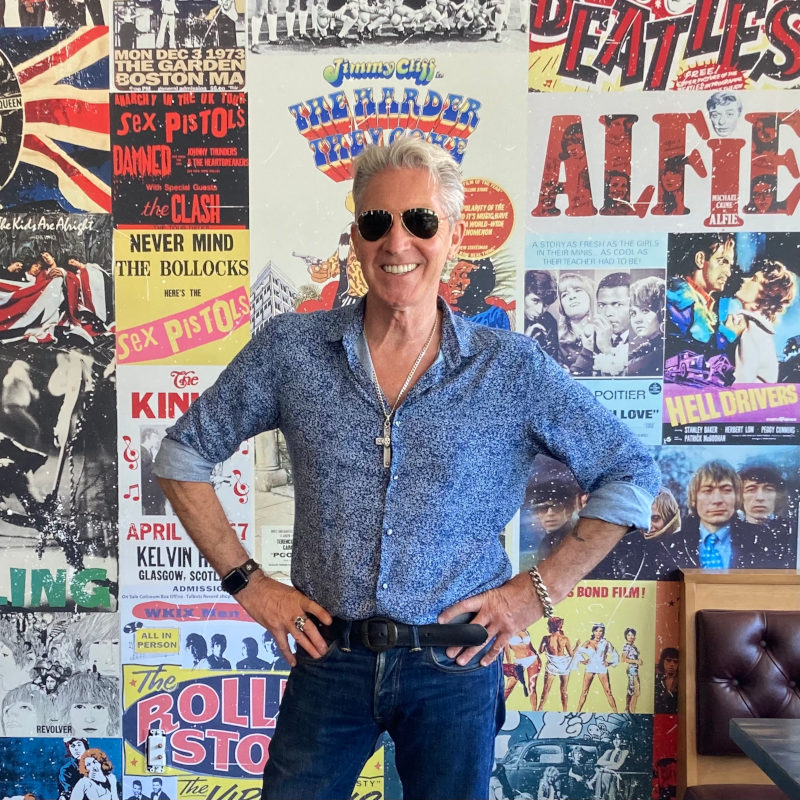 Born in West Ham, London, and raised in England and Australia, Gary Twinn took the rock scene by storm as a teenager, forming his ﬁrst glam punk band, Supernaut, in high school. Recognition from Paul McCartney catapulted the band to stardom, but it was Gary’s musicianship, song-writing and wild stage presence in Twenty Flight Rockers that lead to enduring critical acclaim and a devoted following.

Venturing into LA’s vibrant food and drink industry, Gary brings his same exceptional standards. Market Tavern, his new restaurant at The Original Farmers Market, is a celebration of classic and contemporary English dishes, where the clientele revel in a spectacular homage to rock ‘n’ roll. 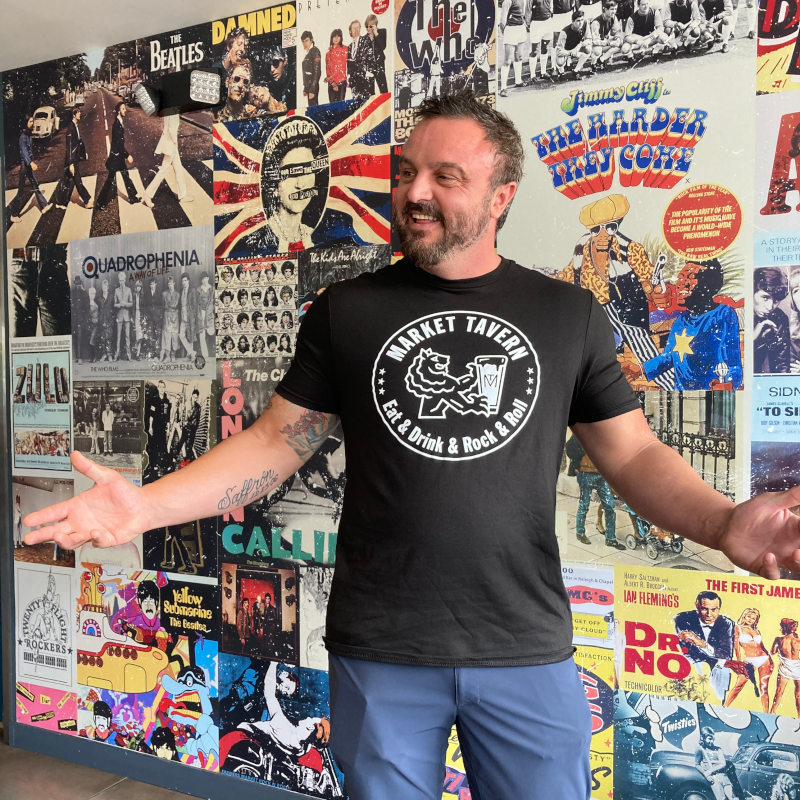 In Brendan’s case, after a healthy dose of French culinary training, he landed on his feet at London’s famed, two Michelin-starred love letter to gastronomy, Le Gavroche. He never looked back. His dedicated fans have been reaping the rewards ever since.

After 10 years at the pinnacle of London’s restaurant scene, part of the team garnering a Michelin star at Marco Pierre White at Quo Vadis, Brendan was lured to Los Angeles by celebrated chef, Josiah Citrin. During Brendan’s tenure, Citrin's acclaimed Melise in Santa Monica became one of California's first two-Michelin-star dining destinations.

This tavern is fantastic! From the Yorkies to the savory pies and back to the amazing IPA selections there is something here to delight your taste buds. The staff and owners are warm and friendly. Its like visiting your best friend! The fare is reasonably priced for the location, so stop by and get your fill!

I just happened to see this restaurant at the Farmers Market today. The had a nice outdoor seating area so we decided to eat there. The service was great. I had the crispy chicken sandwich with french fries. My friend had a salad with shrimp. The food was great. They also had additional outdoor seating area...

Okay, this get my tops in "Los Angeles Award" for great , no the best Fish & Chips...

Excellent outdoor experience, all servers welcoming and willing to help make your dining experience enjoyable. Went during happy hour 3-6, excellent food and drink values. Fish and chips probably the best I've had in LA, my gf is British and agreed, also she enjoyed her sausage roll and said it made her feel like she was home...

My husband (British) and I (Yank) were excited to try Market Tavern and it did not disappoint. We went on a Sunday, and despite not being super hungry and telling ourselves we were not going to get the roast dinner...we both ordered the roast dinner! Roast beef for me, lamb for him. The meat was beyond tender, with mint sauce and the most delicious horseradish I've EVER had...